Remember my earlier post about how to cheer yourself up on a cold gray winter afternoon by eating some delicious pierogies? In that post, I suggested heating up some classic pierogies on a pan and topping them off with some irish cheese and oregano. Well here is an alternate way to be lazy AND eat pierogies that proved to be equally delicious: 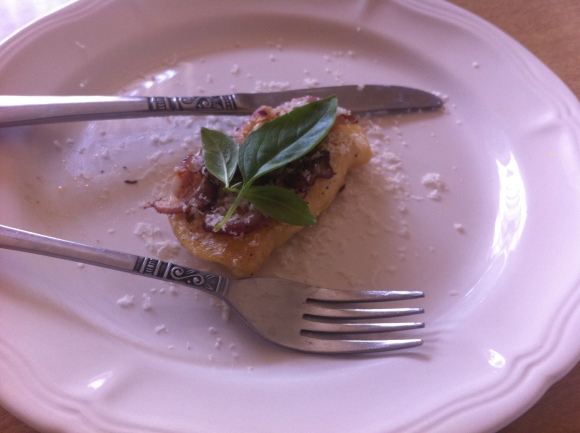 If you want to re-create this, here’s how you go about it. First get your polish Nana to make you some pierogies. If you don’t have a polish Nana, and your best friend or partner doesn’t either, go buy some from an eastern European store. Alternatively, figure out how to make some (or wait until I write about it) and then freeze them (by individually wrapping them in plastic/cling wrap and then throwing them all in a big freezer bag).

The next step is garnishing the pierogies. Begin by sprinkling some freshly ground pepper on top followed by the caramelized onions. Then grate some Irish Dubliner cheese on top. I know, it sounds odd and inauthentic, but it works very well, better than parmesan, cheddar or pecorino (I tried all three). This cheese is sharp, so it complements the relative blandness of the pierogies. And anyway, anything Irish and anything with potatoes go together in my book 😛 The final touch was a sprig of basil freshly picked from our indoor herb garden: 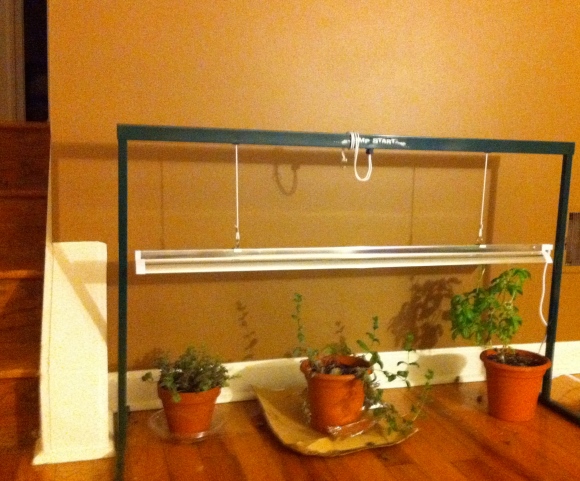 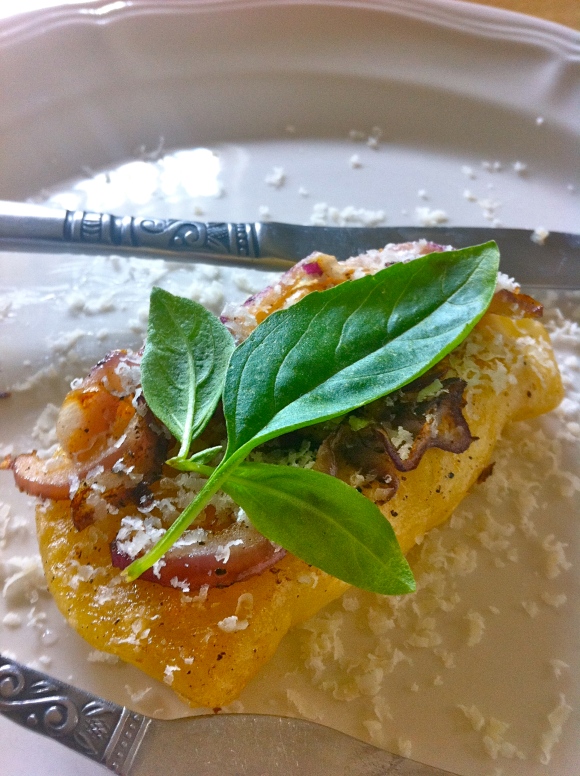 Again, I feel I must clarify that I don’t generally take short cuts like this. This dish was something I resorted to on the day I returned from Panama. I’d been on a long flight and I was far too exhausted to cook up something; this was an extenuating circumstance. Normally, I tend to cook up fresh meals from scratch and have been known to make Paneer butter masala, brownies and even truffles in the wee hours of the morning. But we all have those days when we need to cut corners and this post is about how to embellish even a short cut meal so it tastes and looks delicious 🙂

2 replies on “How to Eat Delicious Homemade Pierogies Part II”